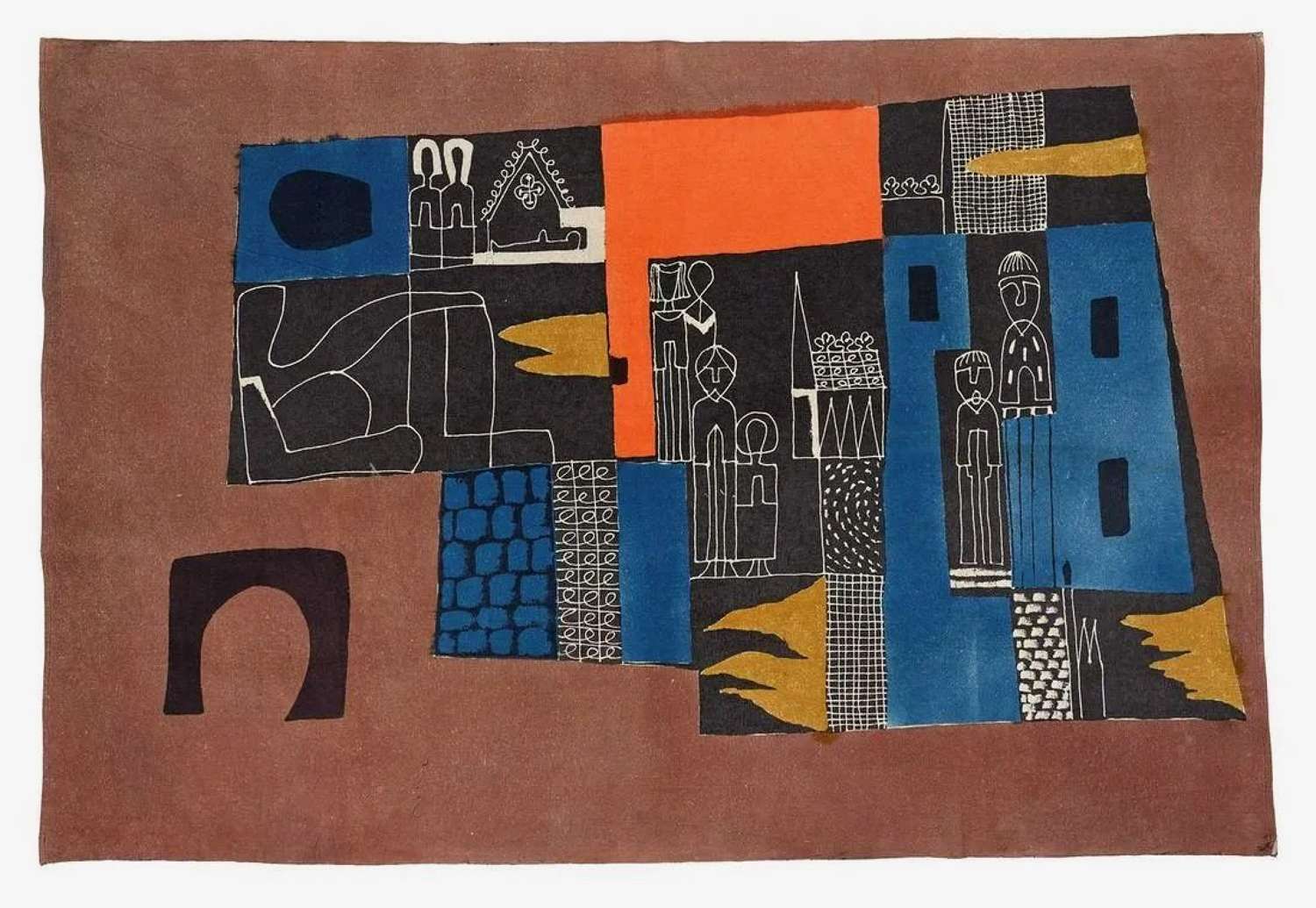 Michael O'Connell (1898 – 1976) was an English modernist artist who worked in Australia between World War I and World War II and then in England. He is best known as a textile artist with significant works held in the Victoria and Albert Museum, the Museum of English Rural Life, the National Gallery of Australia etc... He was commissioned to produce a very large 56 meters long wall hanging for the Festival of Britain.

O'Connell focused on the wall hanging or 'painted tapestry' as a form of contemporary, democratic and transportable mural art where he used a mixture of lino blocks and freehand painting with paste resist.

Please fill in the information below